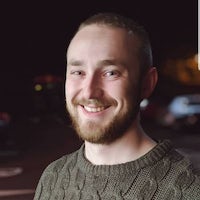 .NET 5.0 was officially released this week, bringing with it a range of improvements to the .NET ecosystem. Like many .NET developers, I was quick to download it and give it a test run. This article discusses some of the most exciting new features in .NET 5.

.NET is Microsoft's developer platform, used to write applications for a range of different applications, including web, mobile and desktop applications. .NET is the predominant platform for developers that write in the C#, F# and VB languages.

Originally the .NET Framework was designed to run only on Windows machines, giving it significant limitations. That all changed in 2016, when the first version of .NET Core was released, allowing developers to write cross-platform applications for almost any type of device.

However, both the .NET Framework and .NET Core continued to be developed simultaneously. Until now.

.NET 5 represents the unification to the two separate frameworks, bringing together the best features of both into one single framework. Going forward, Microsoft will only continue to update this new unified framework, starting with .NET 5.

.NET 5 brings along with it updates to the C# (C# 9) and F# (F# 5) languages. I apologise to F# developers that I don't have experience in F# so will be leaving it out of this review.

Anyone the has written any C# code would admit that there can be quite a lot of boilerplate code, even to make a very simple application, which can be unnecessary and confusing. For example, the most basic Hello World program would look like this:

In my opinion, the intent is much clearer here, with all of the boilerplate removed. To learn more about top-level statements, this article is very useful.

A pattern that is becoming more and more popular in programming is that of immutability. This is the idea that, once an object is created, it cannot be changed (or mutated). This helps make more reliable code, since the potential for unexpected side effects is reduced.

C# 9 introduces Record types, which act as immutable complex reference types. So, for example., we could define a Person record:

The values of record type properties cannot be changed once the object has been initialised.

Another nice feature of record types is that they can be compared in the same way that value types are. That is, if the values within the record are equal, then the records themselves are considered equal. This is different to normal reference types, which determine equality based on if they refer to the same instance. For example:

There are some other nice features of Record types, which can be explored further here.

It is common to initialise classes in the following way:

However, you may have experienced cases where you want to have no setter or a private setter for a particular property, if you do not want it's value to be changed after initialisation. The problem with this is the above example no longer works as it relies on having a public setter available. This means that you have to resort to including all initialisable properties in the constructor of you class, which for complex classes can become long and difficult to understand easily.

C# 9 introduces init-only setters, which allows the above syntax to be used for initialisation, but afterwards the property does not have a setter and is therefore unmodifiable.

.NET MAUI stands for .NET Multi-platform App UI and is a user interface framework that allows the same code to be reused to deploy Android, iOS, macOS and Windows, all in one project.

While not technically officially part of .NET 5, EF Core is the go-to ORM for many .NET developers, and it's release cycle coincides with that of .NET 5.

There are a whole bunch of updates coming to EF Core 5, all of which can be found here. However, below is the update that I'm most excited about.

This has been a big frustration for users of EF Core for a long time now. In previous versions of EF Core, in order to configure a many-to-many relationship, it was necessary to explicitly create a class for the joining table, that had no purpose other than holding the foreign keys.

As you can see, this is an awful lot of additional boilerplate code, which can be very frustrating when you have lots of many-to-many relationships to deal with.

Luckily, in EF Core 5, many-to-many relationships can be configured simply by having a collection property on both entities, eliminating the need for that joining class.

Above I have discussed some of the new features in .NET 5 that I am most excited about. .NET 5 brings with it a whole host of other big changes, so no doubt there are features that I've missed. What are your favourite features coming up in .NET 5? Let me know in the comments below!